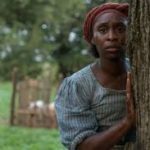 Recently, I went to see the film, Harriet. When I was younger I learned about Harriet Tubman but I learned a lot more after watching her film. One thing I learned that I didn't know before was how (in detail) she would free slaves. She was a slave herself before anything else. And the fact was that she was so resilient regardless of what the consequences would be. She fought for her family and fellow slaves but most importantly, she fought for herself. She did what she thought was right despite what others around her thought. Overall, the experience was every encouraging and the realness of the scenes made me very emotional. I was able to feel all of the emotions and it was nice to finally get out of class and watch a film. Also ,the snacks were amazing.